In case you think this is going to be some pale imitation of the ‘Serial’ podcast where we are content to let mysteries lie, buck up: I am going to politicize this week’s events.

I don’t mean the latest mass shooting.  However, seeing news of two more mass shootings in the last two weeks, plus another school shooting, in Flagstaff, Arizona, which is very close to home and to my heart, I don’t mind telling you that my heart is hurting. Yet again.

Short story: A man was killed with a gun. 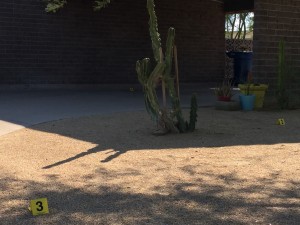 From here—here is at home, where I’m planted on a thrifted chaise lounge with a shaky backrest—I can see the alley where 43-year-old Dana Mullen was rended by at least one bullet, and where he drew his last breath.

Turning my head to gaze through a different window, I can also see where he and his murderer first clashed.  I see scuff marks in my desert landscaping.  Stains from the spilled mocha on my driveway and on the wall of my carport. 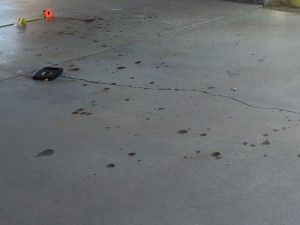 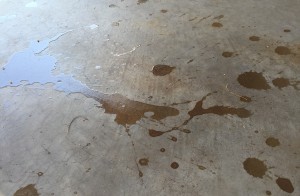 I’m not a party to the crime.  I also do not moonlight as a private dick. Which means I may never know the answers to all of the obvious and emerging questions that are buzzing, stinging.

Starting with, what happened after I left for work that morning?

Here I was, humming along (yeah, my morning cheerfulness even annoys me sometimes), and at 7am, I was ready to head out early enough to stop for a fancy coffee.  Had I delayed my commute, would I have run headlong into danger?  Or would I have created a distraction for these men?  The what-if game is crazy-making.

The details as I know them are:

Forty-three-year-old Dana Mullen died in my alley at about 9am from at least one gunshot wound.

At least two bullets apparently penetrated my slump-block fence about 45 feet apart. Neither I nor any of my neighbors knew Mr Mullen.

According to a trustworthy neighbor, the medical examiner moved Mr Mullen’s body several times throughout the morning as evidence was collected, bagged, and tagged. 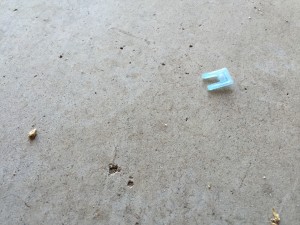 When Tempe police detectives noticed that a window screen was dented, which actually had happened during a recent storm, they thought it wise to double-check that no one was in my house or that my house wasn’t compromised during the strange events of the day. So, not only were my yard, carport, sidewalk, and alley treated as part of the crime scene, now they had to search and clear my home.

Fine, good.  But it also meant I could not come home while their work proceeded.  There was the matter of my skittish baby and trusty security system, Callisto the Great (Dane), who resides indoors and finds it hard to make friends.  Rattled already from the shots fired and the activity right on our doorstep, I was sure that Callisto would not take kindly to intruders. Sure enough, Callisto was a-wobble once the detectives finally told my very kind and attentive neighbors that they could check on her—and she stubbornly refused to leave her corner. But, surprisingly, the police got her to stop barking while they checked all of my home’s nooks and crannies for signs of —vandalism?  Theft?  Squatting?

Of course, it gave me peace of mind to come home to a secured space.  But I am more than a little house proud. And that afternoon, I found it hard just to keep breathing, focus on work, and try not to shrivel as I imagined jaded police officers eyeing (judging?) my ironing and my breakfast dishes.  My nerves jangled more for Callisto’s plight than mine but allowing the police access to my home while I could not be there was no small thing.

Conscience has a jagged edge.  As I catalog my amazement and inconvenience, I have to remember that Dana Mullen lost his life in a gun fight.  And his murderer is not in custody yet, as far as I know.

Dana Mullen is one more chit mark on the incident list.  One more data point.  After Charleston, Lafayette, Umpqua.  All told, there have been more than 290 mass shootings in 2015, according to Shooting Tracker and Gun Violence Archive.  But Mr Mullen didn’t die in a mass shooting.  His statistic is in danger of falling into a rabbit hole of Big Data on gun violence.  It’s a deep hole: already there are around 10,000 gun-related fatalities this year.

People like myself who have owned guns or enjoyed target shooting, yet support reasonable gun safety measures, have long been shouted down. Something feels different now. Yes, partisans are still shouting.  Yes, there are some over-the-top ads (pretty edifying, truth be told), but there are also some practical things you can do if, like me, you’re ready to say #enough. Emboldened perhaps by the absurdity, the horror, the scale of this recent violent streak—or more likely shocked at our own numbness in the wake of so much more of the same—we seem to be sounding off more on social media but it’s unclear yet whether gun control organizations are experiencing any membership boost.

Gun safety and gun control are emerging as a possible wedge in the 2016 presidential race, but we have a year to go until the election, and a Congress that has spent so long decrying government’s ineffectiveness that they have actually become ineffective.  I wish us all luck.

I wish Dana Mullen some justice, too.