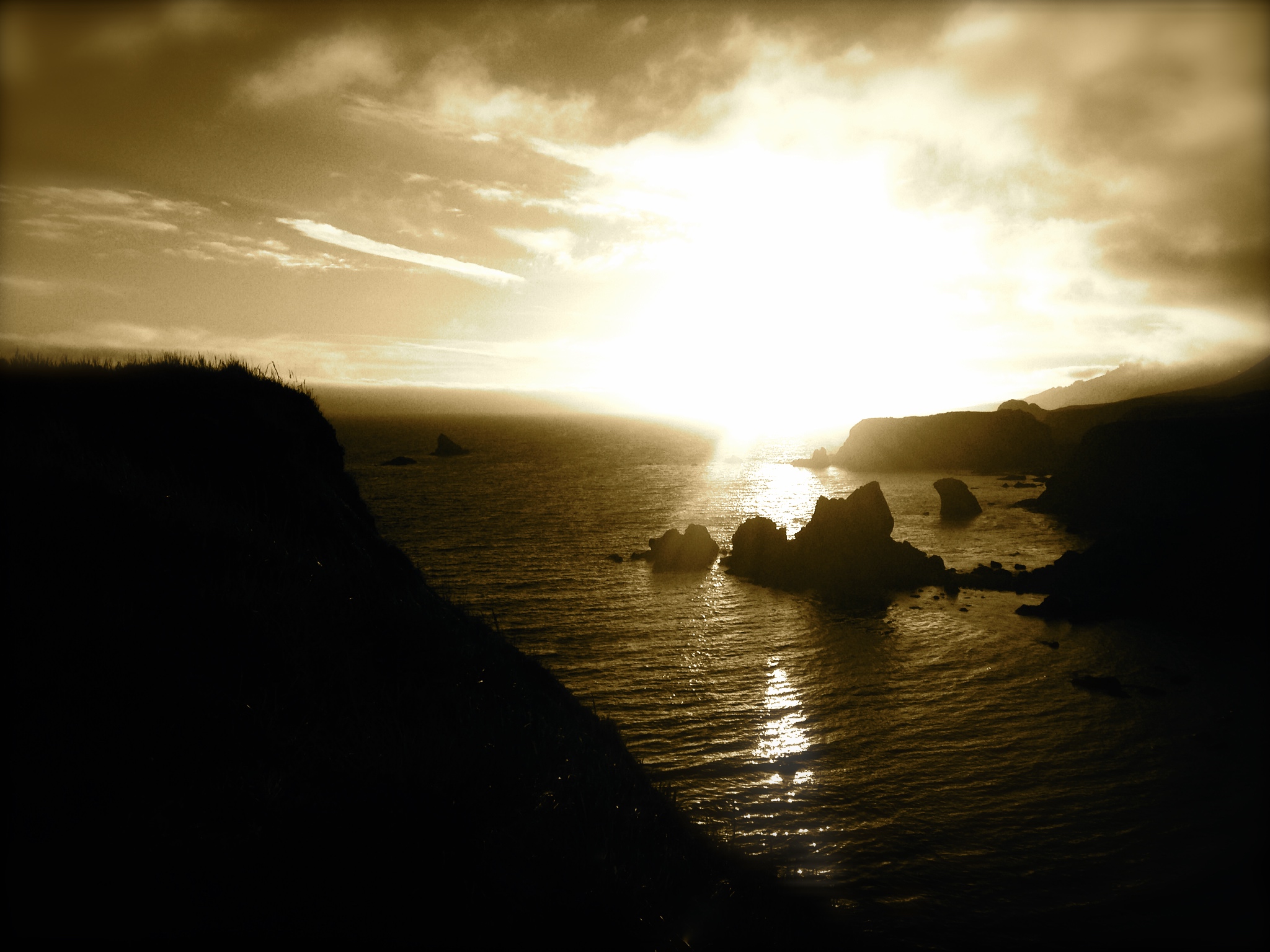 I was inspired to spin Rachid Taha’s Rock el Casbah (Rock the Casbah cover) when I started Kamel Daoud’s provocative novel, The Meursault Investigation, and I encourage you to try it out. It’ll get you in a desert state of mind, a revolution state of mind.

Daoud’s novel, on a first reading, seems a cry against both meaninglessness and ostentatious religiosity—it is also a heartrending examination of the weight of grief. This of course is Daoud engaging in conversation with Albert Camus’ The Stranger, the literary equivalent of call and response. Daoud names ‘the Arab’ Musa and gives him a story, complete with a vengeful mother, only known as Mama, and Harun, the brother marked by fate.  Here’s Daoud slyly confessing to his literary—and deeply political—mission in The Meursault Investigation:

“{Mama} lied not from a desire to deceive but to correct reality, mitigate the absurdity that struck her world and mine.”

Daoud is confronting Meursault, thereby correcting Camus as well.  But Daoud’s novel is its own force.  There’s a fierceness to nature in Daoud’s Algiers that wasn’t entirely present in Albert Camus’ fascinating novel.

“The sun was overwhelming, like a heavenly accusation. It shattered into needles on the sand and on the sea.”

And Daoud’s asides on language in our rapidly homogenizing 21st century give voice to some of Harun’s most bitter observations, and are unforgettable: “The country’s littered with words that don’t belong to anyone anymore.”  And more grimly, “women get beaten in every language.”

When we meet Harun, he is old, and tired of vengeance.  Weary of all forms of extremism, for that matter.  He defies and detests religious convention, sipping forbidden wine in a bar each night, where he tells his story to a journalist, to us.

We are drawn into the tale when Harun tells the student who has tracked him down, “when you opened {the door of this bar}, you opened a grave my young friend.”  He recalls the moments after he and Mama learn that Camus’ anti-hero, Meursault, has murdered Harun’s brother Musa, when Mama’s grief comes to life:

“A long low moan, swelling until it became immense, a huge mass of sound that destroyed our furniture and blew our walls apart and then blew up the whole neighborhood and left me all alone.”

Harun shares his harrowing and tragic family history, but rage is not the only emotional pitch Daoud plays. There is pity for Meursault. Harun muses, “how he must’ve suffered poor man! To be the child of a place that never gave you birth.”

Is this the seed of Meursault’s detachment?  After all, Meursault didn’t really see the Algerian world around him; didn’t find joy in the sea rushing onto the beach.

In contrast, Harun’s story is filled with the quotidian, often casting a harsh light on religious zealotry. On this latter point, of course, he appears to be in sympathy with Camus. In other words, Daoud’s main argument really seems to be with Meursault.  Harun seethes:

“Look around a little, here in Oran or elsewhere. It’s as though people have a grudge against the city and they’ve come here to trash it and plunder it, like a kind of foreign country. People treat the city like an old harlot, they insult it, they abuse it, they fling garbage in its face, they never stop comparing it to the pure, wholesome little town it used to be in the old days, but they can’t leave it, because it’s the only possible escape to the sea and the farthest you can get from the desert.

Today’s Friday—it’s the day closest to death in my calendar…Old men like me, fond of red turbans, vests, bow ties, or beautiful shiny shoes, are becoming rarer and rarer…It’s the Friday prayer hour I detest the most… the imam’s voice, shouting through loudspeakers, the rolled-up prayer rugs tucked under people’s arms, the thundering minarets, the garish architecture of the mosque, and the hypocritical haste of the devout on their way to water and bad faith, ablutions and recitations.  You’ll see this spectacle everywhere on Friday, my friend. Friday?  It’s not a day where God rested, it’s a day when he decided to run away and never come back…As for me, I dn’t like anything that rises to heaven, I only like things affected by gravity. I’ll go so far as to say I abhor religions.  All of them!  Because they falsify the weight of the world.”

Am I a believer?  I’ve dealt with the question by reciting the obvious: I realized very young that among all those who nattered on about my condition, whether angels, gods, or books, I was the only one who knew the sorrow and obligation of death, work, and sickness.  I alone pay the electric bill, I alone will be eaten by worms in the end. So get lost!  And therefore, I detest religions and submission. Who wants to run panting after a father who has never set foot on earth, has never had to know hunger, or work for a living?”

There really are no ‘good old days.’ Before Islamic fundamentalism, there was colonialism, which gave way to the juggernaut of modernism, for good or ill.  Harun sees the world Camus made for Meursault as one that is already corrupt, fallen:

“Your Meursault doesn’t describe a world in his book, he describes the end of a world. A world where property is useless, marriage practically unnecessary, weddings half-hearted, where it’s as though people are already sitting on their luggage, empty, superficial, holding onto their sick and fetid dogs, incapable of forming more than two sentences or pronouncing four words in a row. Robots.”

Daoud (as Harun) tells us that his lyrical story isn’t only about Algeria, and it’s easy to believe him.  “This story takes place somewhere in someone’s head, in mine and in yours and in the heads of people like you. In a sort of beyond.  Don’t do any geographical searching—that’s the point I’m trying to make.”

Soon to be performed as a play at Le Festival d’Avignon, this book inspired me to practice my French, dive back into my paperback copy of L’Étranger, and seek out Kamel Daoud’s journalism. Have you read The Meursault Investigation yet?  Comments welcome!

This is why I write.” 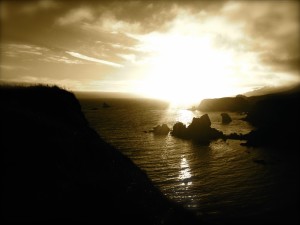 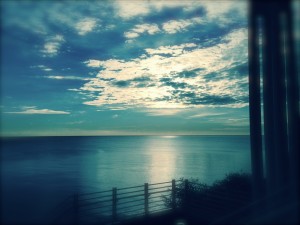